You are not logged in. Please login or register.

Devel Note: A migration to a better server backend is on hold until I can dedicate enough test time for it. Volunteers would be welcome, actually. --V.S.

Here I am playing a Kirby game at the end of the year again. Kirby's Adventure isn't the first Kirby game, but it's arguably done more for the series than any other, as this game was the introduction of Kirby's signature copy ability. King Dedede has stolen the Star Rod, and it's up to Kirby to gather the pieces and save Dream Land. 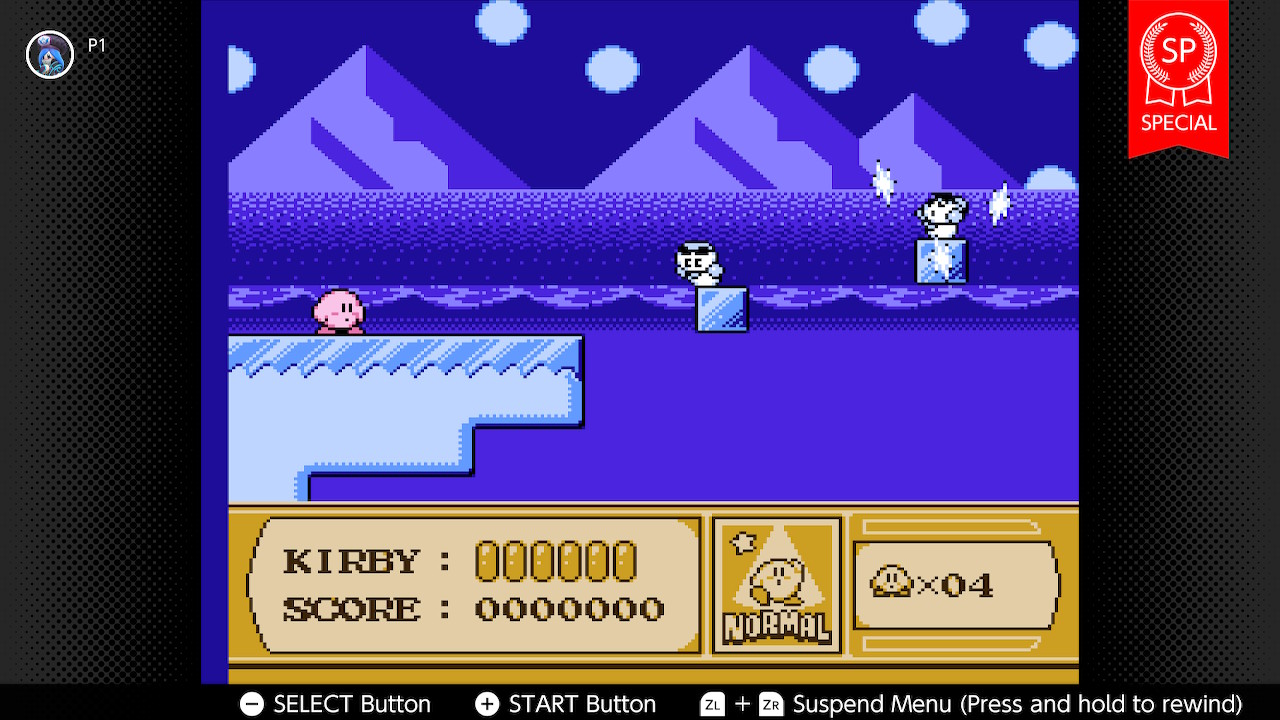 Rainbow Resort is the last of 7 worlds. Well actually, the ice levels are the last two stages of Orange Ocean and the first one of Rainbow Resort, but eh, details. 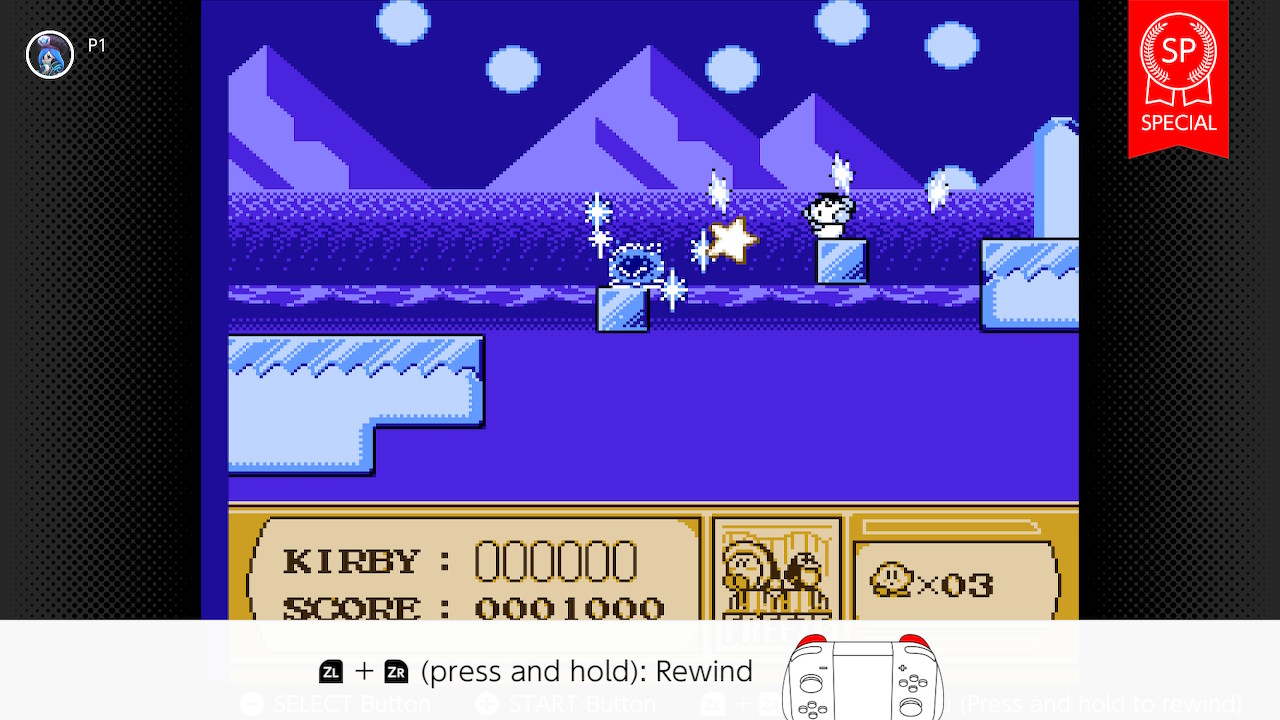 Naturally, Ice Kirby's been a thing since the very beginning. There's two ice abilities: Ice spews icy breath forward, while Freeze freezes enemies all around Kirby. Both turn enemies into ice cubes you can kick forward, another signature of ice-based copy abilities. 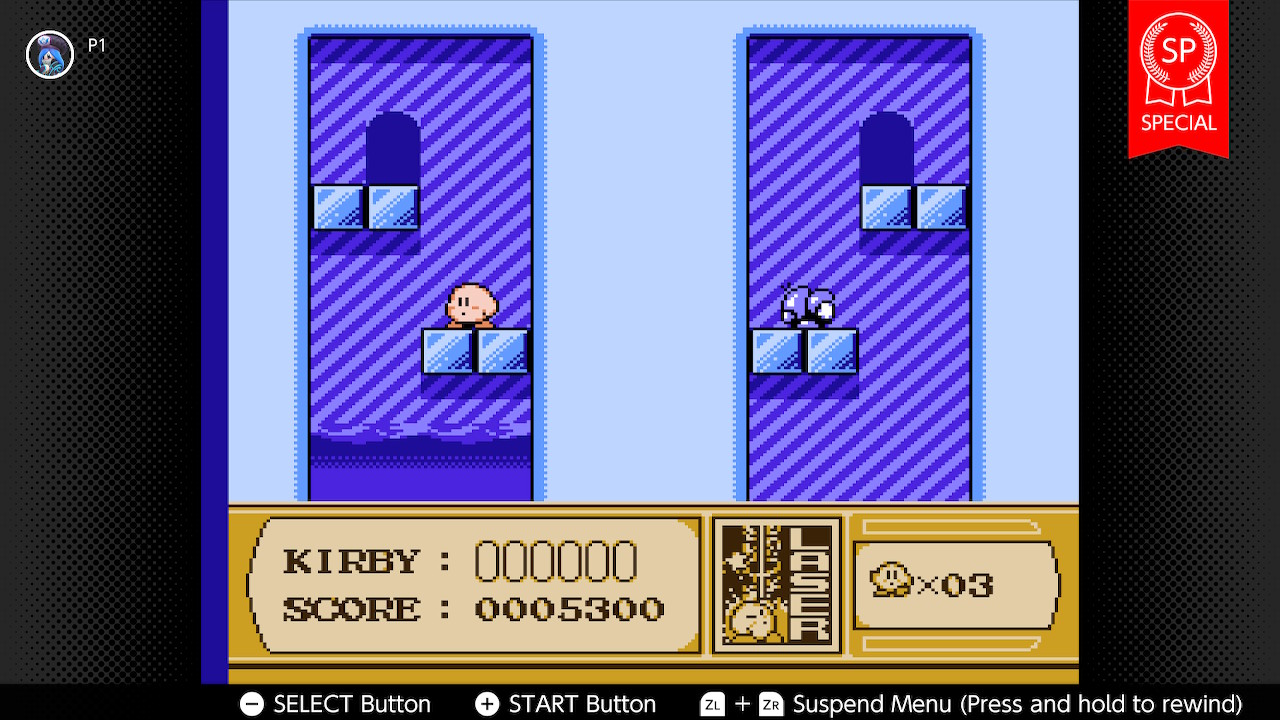 Breaking the blocks in this room has water flood the bottom, killing the Blade Knights on the lower floor. That's honestly pretty impressive for an NES game. 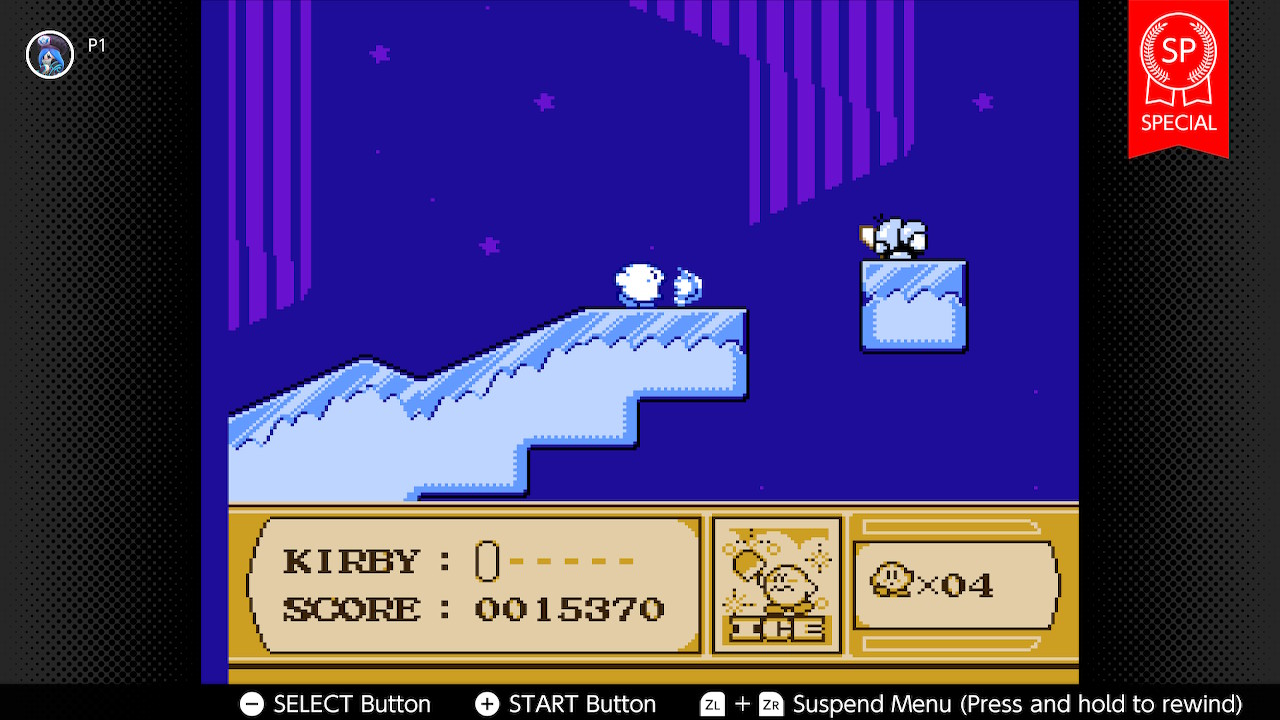 You lose your ability if you take even one hit, so I did a lot of shuffling around here. 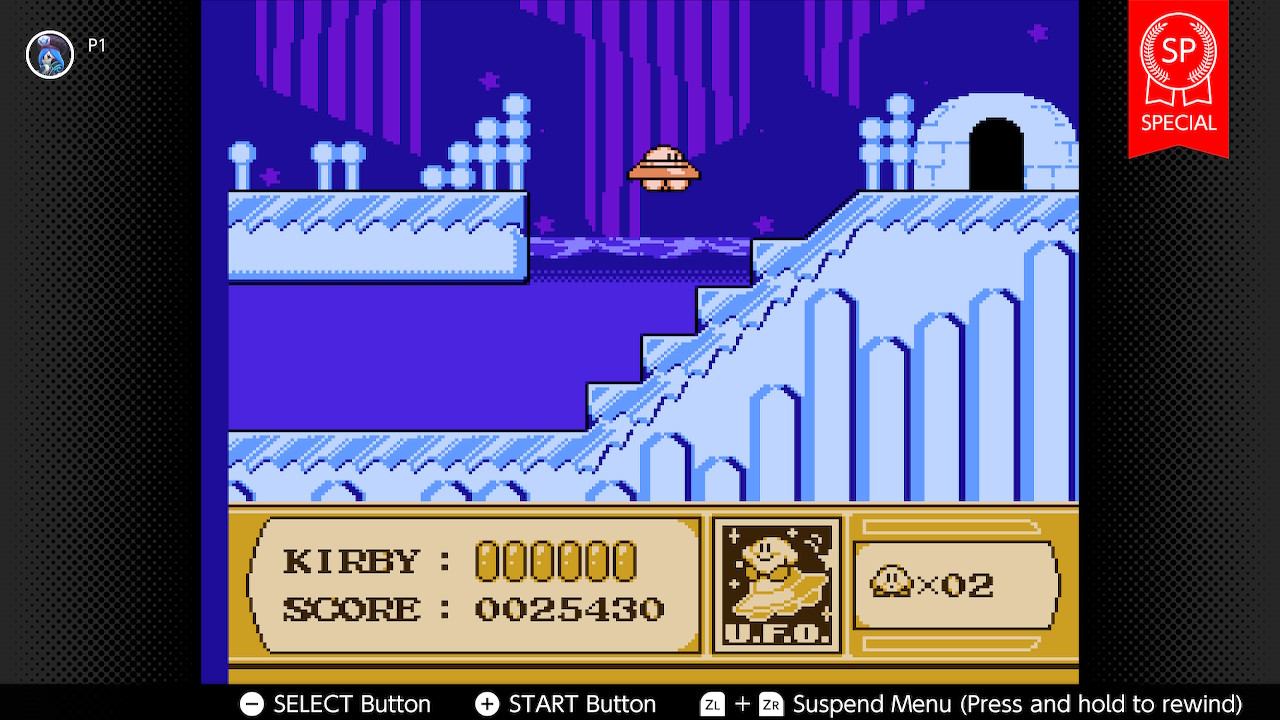 UFO Kirby is easily the most overpowered, as it grants free flight plus a laser that can be charged for up to four different attacks. Unfortunately, you lose it at the end of the level. 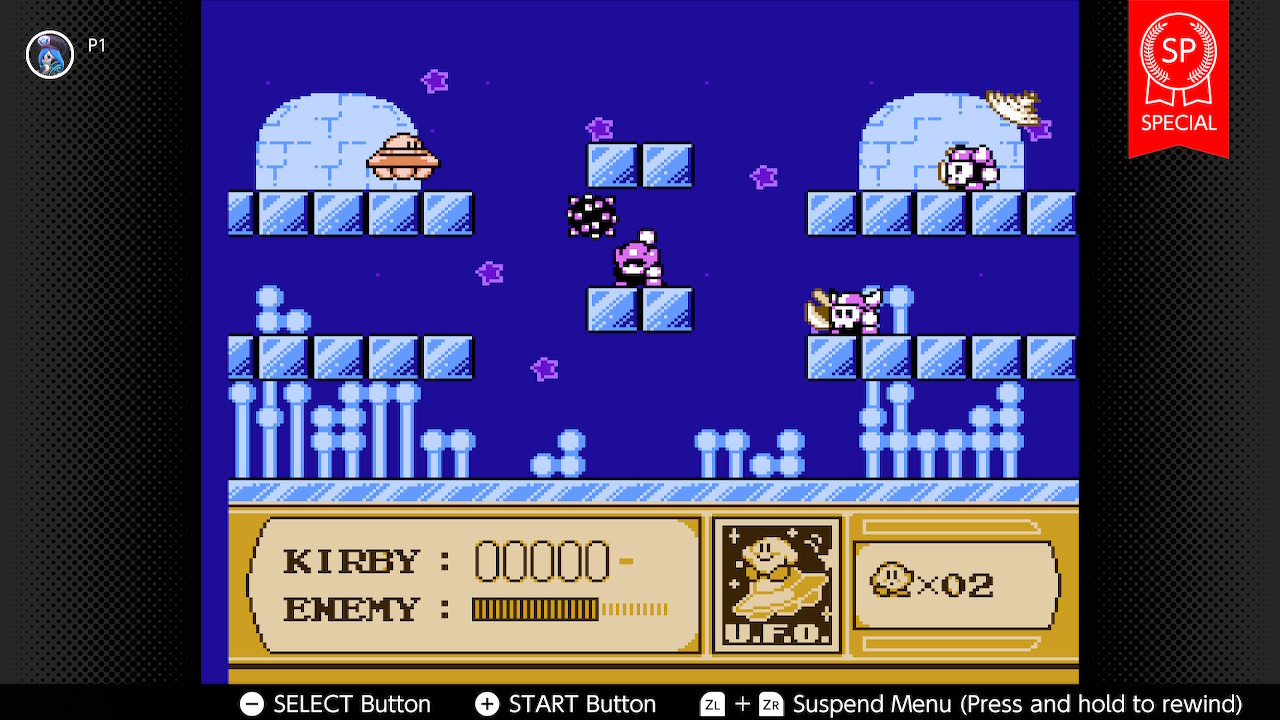 It made blasting through Meta Knight's army a breeze. 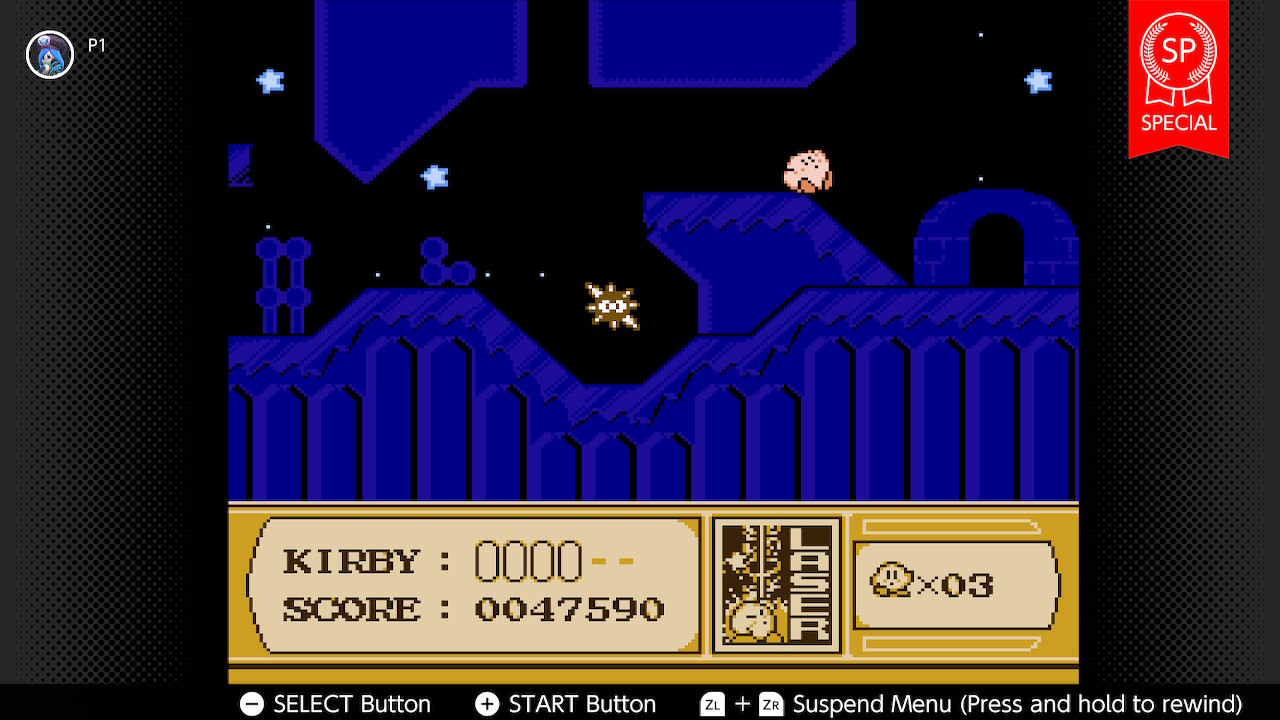 This area is pretty dark, plus has a lot of corners for lasers to ricochet off. 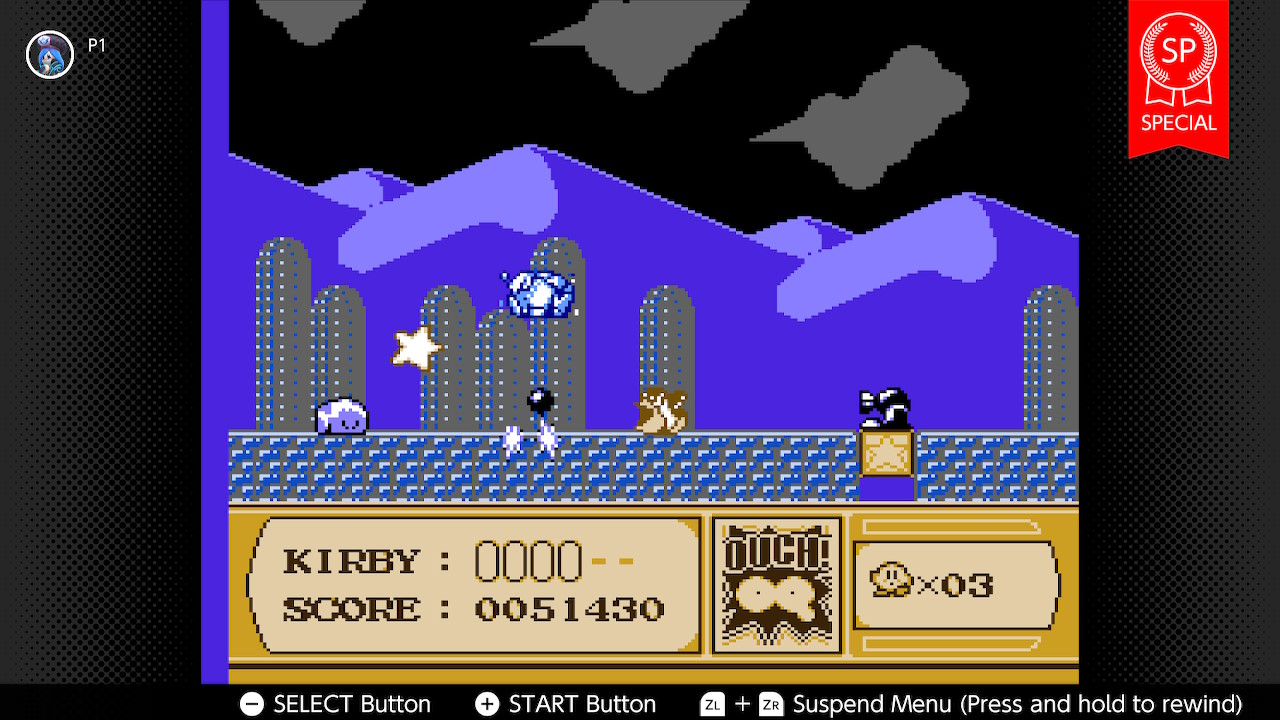 And then this... icy cactus field? marks the end of the ice levels, and the transition into the more surreal, dreamlike areas of the Resort.

The Rainbow Resort music has a soft lullaby-like quality to it. This is one that gets remixed a lot in later Kirby games, and for good reason.